Our new Voile Switchback bindings arrived in the mail this week. Unfortunately, there are only two shops in town that offer ski service and, of course, being the busiest time of year, both were booked out for about four weeks. Since there was no way we were waiting until the new year to try out the bindings, we put our workshop to use:

First, with the ski padded and secured in the vise, we heated the old mounting screws with a soldering gun: 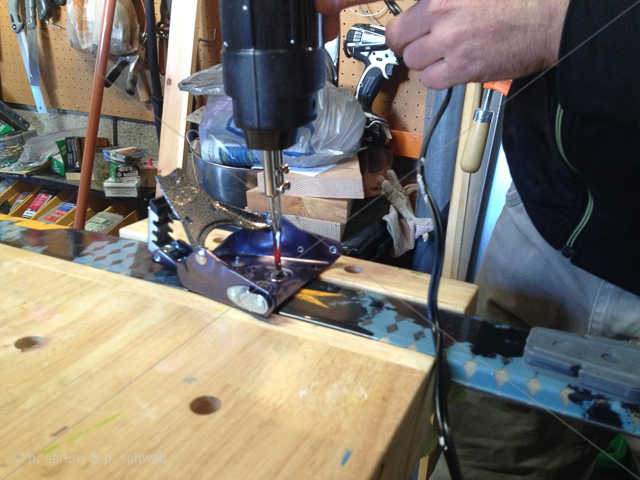 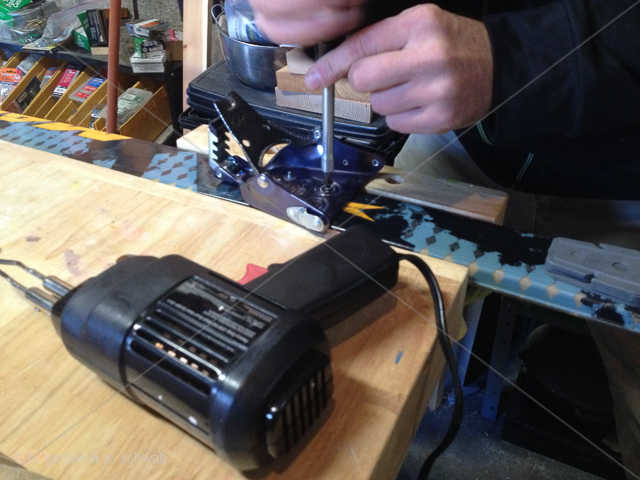 We tried several methods for removing the plastic plugs from the heel pad: 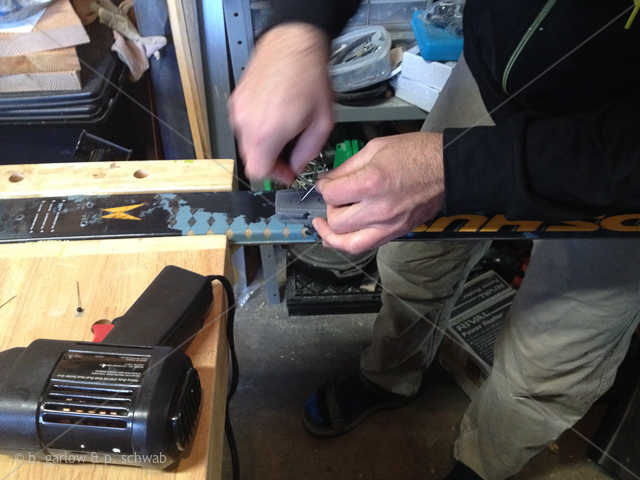 Finally deciding it was much easier to just use the drill: 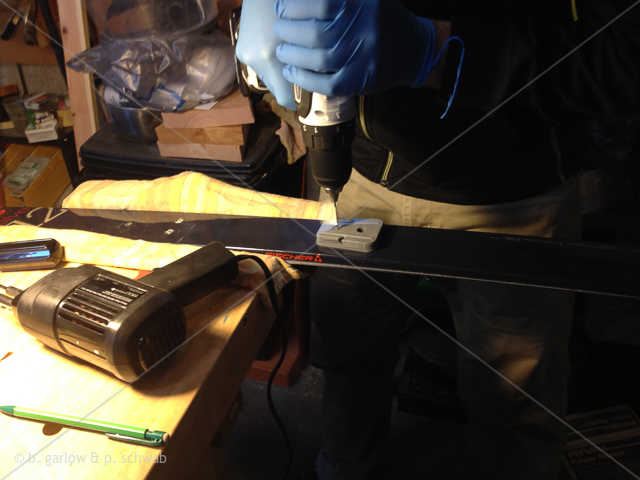 We masked off the old holes and clean them up with a razor blade to ensure a flat mounting surface: 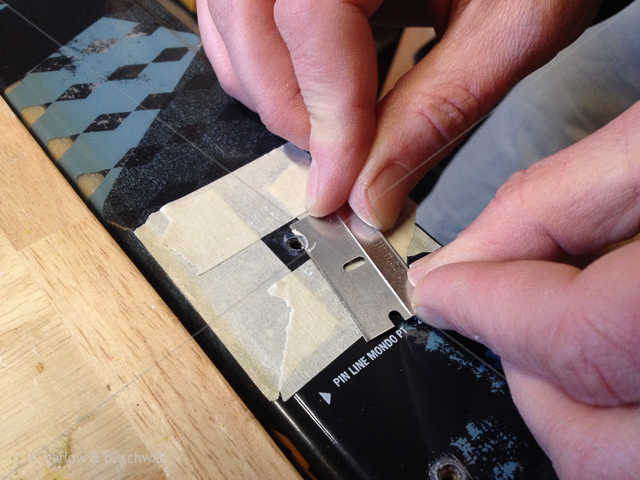 Then used a 30 minute epoxy to fill the old holes, adding sawdust to the first batch and using plain epoxy for the second. Neither solution worked perfectly, as both bubbled up and sank, requiring a second application: 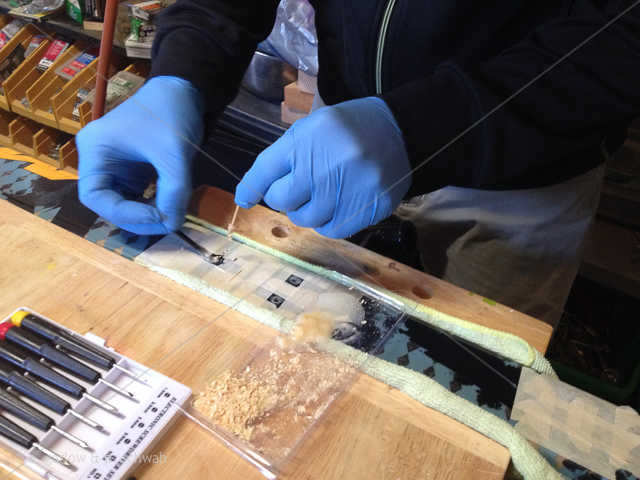 When the epoxy was no longer tacky, we cleaned around the holes again, then carefully measured and located the template for the new bindings, using a punch to mark the new holes: 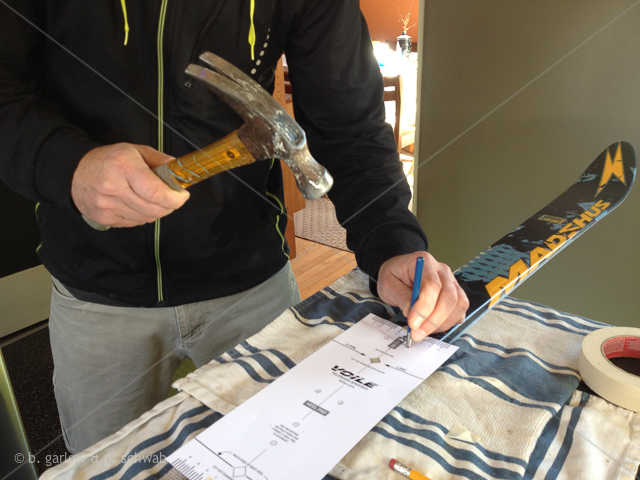 Drilling into the skis was the most nerve wracking step in the process. We could not locate our drill stops, so used the imperfect tape flag method to ensure we did not drill right through the ski. Note, prior to starting the project, we checked the length of the new screws against the thickness of the binding and ski to verify we would not need to trim the screws. Fortunately, no trimming was necessary. Also, we were able to reuse the heel pad holes, which saved us some time: 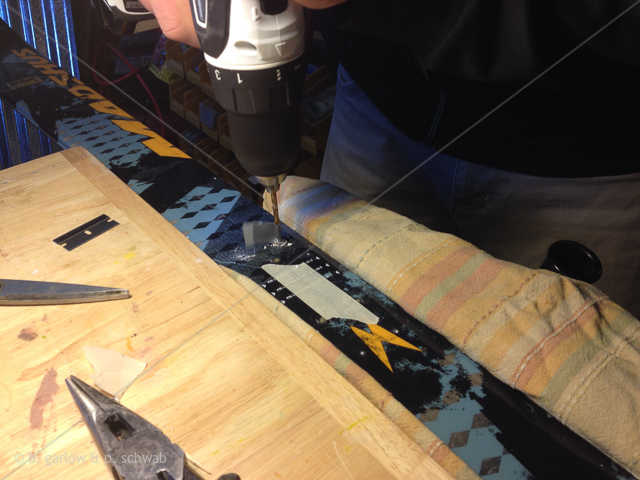 Finally, were able to attach the new bindings. We put a drop of epoxy in each hole, then tightened the screws by hand to ensure we didn’t strip the screw holes by using too much torque: 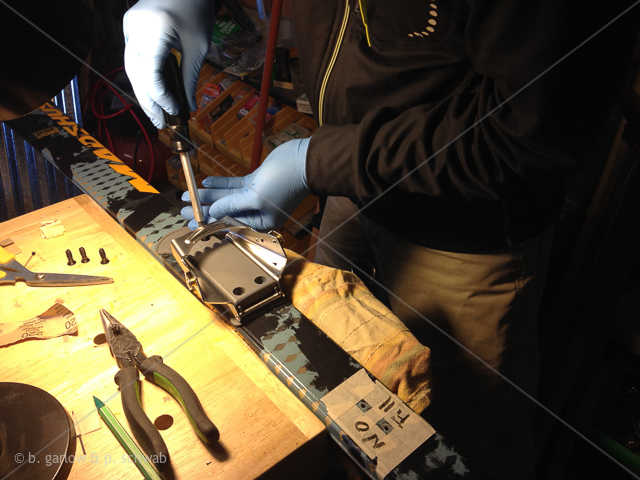 The project took the better part of a day, however, at the end, both sets of bindings (minus the heel pads on my skis which are waiting for my new boots to arrive) were mounted with no issues: 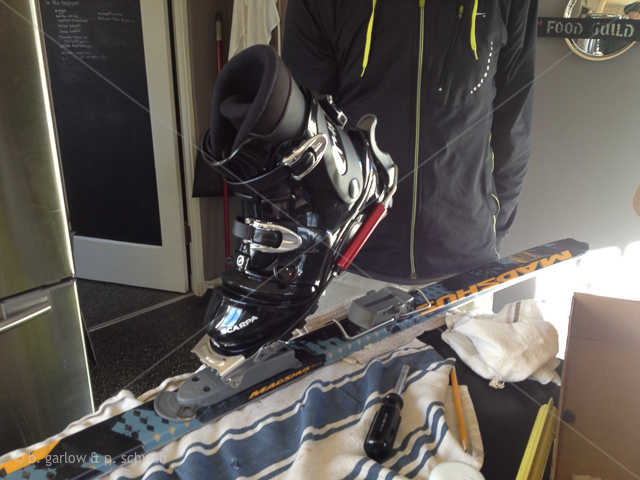 Now, we just need a snowstorm.